A Night of Comedy with Scott Gibson ​A NIGHT OF COMEDY WITH SCOTT GIBSON

Scott first came onto the comedy scene in 2010 and hasn't looked back!  With his own brand of dark humour, Scott has proven to be a unique story-teller and quickly captures any room! In 2015 his debut show 'Life After Death' sold out and the following year he was awarded 'Best Newcomer' at the Edinburgh Fringe Festival - the first Scottish Act to do so!  He has supported some of the biggest names in comedy and is definitely on the rise! You can see Scott on Friday 20th October Municipal Hall Biggar 8pm! (doors open at 7pm) 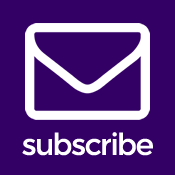